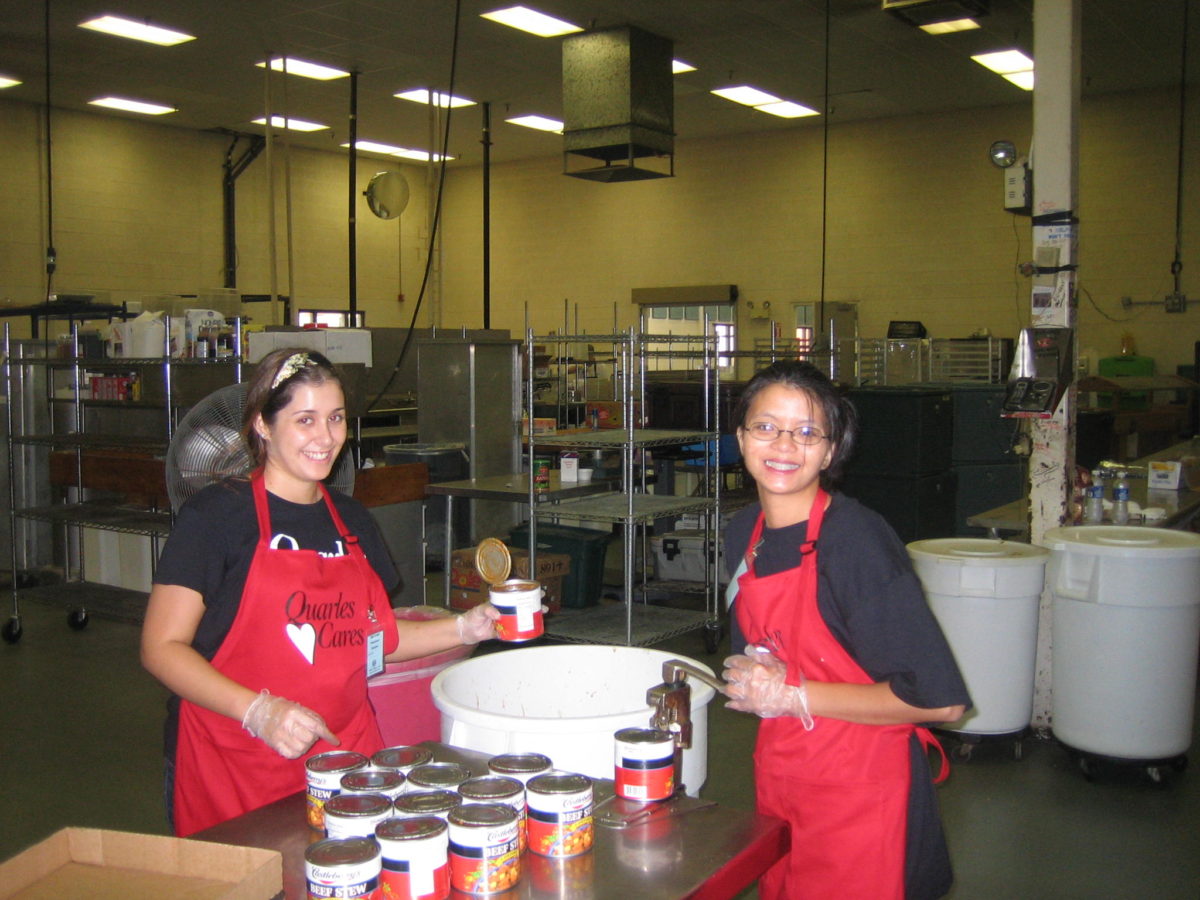 If your company has made a commitment to the community and your team members are giving of their time to make a difference, take pictures of them in action! Giving back to your community is a great thing and you should share that on your website, a blog post or in a quick video that you can show to your existing and potential clients.

Here’s something else to think about, T-shirts with your company name on them is a great way during the event and after to let everyone know that you and your team are on the front lines of making a difference in your community. One of the first projects that we did at Baerclaw Productions not long after we opened our doors in 1997 was for a company that gave their employees up to 40 hours a year of paid time off to volunteer for the charity of their choice. There are a lot of companies out there that do this and when your team members go out to make a difference, make sure they take pictures so that you can share the message with new and prospective customers. If you need help putting them together with either a voice over or music bed, give us a call at 602-789-8396 or visit our website at baerclawproductions.com and let Baerclaw Productions be Your Resource For ALL Things Video! We can quickly put it together for so that you can share it with the world!

Perhaps you were mourning the passing of Princess Diana and Mother Teresa.

Maybe you were stunned when boxer Mike Tyson bit Evander Holyfield’s ear in the ring or watched in amazement as 21-year-old Tiger Woods became the youngest winner of the Masters.

Were you were waiting in line to buy the Nintendo 64 Game System, the world’s first true 64-bit video game system for the list price of $169.99.

Maybe you just curled up with a good book like say ‘Harry Potter and the Philosopher’s Stone’ which was released in the UK in June of 1997.

While we remember all of those, we also remember 1997 as the year that Baerclaw Productions became the newest full service video production company in Phoenix, Arizona.

After more than a decade as an award-winning anchor, reporter and producer working for every major network, our owner, Bill Baer, decided that it was time to take his storytelling and producing skills in a different direction. Instead of reporting on the news of the day, he wanted to share the stories of exciting and interesting people, places, organizations, and activities. Sitting next to Dan Rather was fine, but he knew there had to be more for someone who could tell compelling stories in a clear and concise way.

As part of Baerclaw Productions 20th Anniversary Celebration, we are re-releasing some of the early videos that we produced and it makes sense that we start with our very first video – our demo reel to promote our services and explain where we came from. Looking back at what was state of the art then and what we are doing now brings a smile to our face but if you have a couple of minutes to kill, why not sit back and take a trip back in time with us to see where our 20-year run started.

Experience, creativity, and professionalism have always been a big part of what makes Baerclaw Productions special and remains the foundation for our award-winning staff. Combine that with state of the art equipment and a commitment to the customer and it’s easy to see how we consistently meet or exceed our clients’ expectations.

Whether you need a corporate video, web video, promotional video, sales video or training video, our team can take your vision and turn it into a video to tell your story!

If you have a need for video production to share your story with the world, let us be Your Resource For ALL Things Video! Give us a call at 602-789-8396 for a free consultation.