Baerclaw Productions is Your Resource For ALL Things Video! 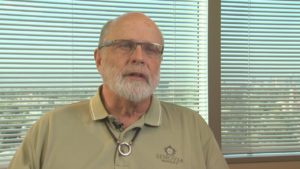 One of the great things about living in Arizona is the unbelievable natural beauty that makes our state so special. As the owner of a video production company, what that means to us is that when we are shooting a video, we often have trouble picking out the best backdrop for our shoot with so many options presenting themselves. Anybody with a camera can interview someone in an office or in a conference room, but finding the perfect shot and making sure it remains the perfect shot can often take a little creativity and led to us coining a phrase that we use all the time.

There are NO problems… just opportunities!

What that means to us is that when a client puts their trust (and budget) into our work, we will never talk about problems even if they arise (and they do more often than we’d like to admit), but rather we look at whatever the issue is as an opportunity to prove to our clients that they made the right choice.

Here’s an example of what I’m talking about. We were hired to do a video production in Phoenix for a nonprofit organization that included a number of interviews with people involved and supporting the nonprofit. For one of the interviews, we decided to take advantage of a great backdrop that included the Phoenix skyline looking out of our interviewee’s office and it looked great. Our crew did an awesome job lighting it and the client loved the shot. We were all set to start the interview and that’s when it happened. 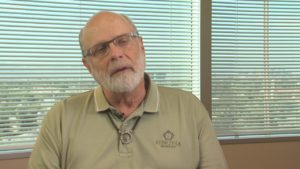 Two ropes from the high rise window washing crew ended up in our shot. The easy thing would have been to simply move the person that we were interviewing to a different location or tighten up the shot, but we would have lost the skyline.

Not a problem… an opportunity!

There was a fair amount of wind blowing outside and the ropes were moving around and after a quick huddle with our team and our client, we came up with a solution that we knew would work. Our client wasn’t so sure and was having a problem visualizing what we were going to do but in the end, deferred to us as the video production experts.

We went ahead with the interview and talked for about 15 or 20 minutes, all through the interview, everyone except for the person being interviewed, could clearly see the ropes blowing and moving in and out of the shot… but it didn’t matter. When we completed the interview, we left everything as it was and rolled off about two or three minutes of video, enough to find a couple of 20 to 30 second pieces where the ropes weren’t in the shot.

We were all done, packed up our gear and headed back to start the post production and take advantage of the opportunity that we were given!

Once the script was written and we began editing our clients’ video – anywhere that that interview showed up, we used a very basic editing tool to eliminate the ropes from the shot. We took our interview and then on top of that we put the extra video that we shot after the interview and used picture in picture to basically crop out the ropes and leave the skyline in. The client loved it and we knew we had taken advantage of the opportunity that the window washers had created for us.

No problems… just opportunities! That’s how we look at issues and it’s just another reason why we say Baerclaw Productions is Your Resource For ALL Things Video!

Click here to visit our website to learn more about who we are and how we can help you.