Baerclaw Productions is YOUR resource for all things video – including Commercials & PSA’s!

When it comes to producing videos, the team at Baerclaw Productions, a Phoenix production company, has always had a very simply mantra – shorter is always better, but never sacrifice the message.

Since we opened our doors in 1997, the Baerclaw Productions team has produced videos that have ranged in length from 15 seconds to more than 90 minutes and based upon our more than 100 combined years of video production experience, we’ve found that the shorter videos can often be the most challenging.

That’s especially true when it comes to producing commercials and public service announcements or PSA’s.

When it comes to radio commercials and PSA’s, the options are basically 30 seconds or 60 seconds and when you are talking about producing for radio, you have to add in another layer which is that the commercial or PSA can’t be supported with video or graphics to reinforce the message.

No matter the length, making sure that the message comes through loud and clear is critical and that starts with pre-production planning to hone in on what’s most important and what is not. That conversation includes what video production elements are needed and what can be included to create a clear and concise message.

The Baerclaw Productions team has produced commercials and PSA’s using a variety of elements ranging from high definition video to animation and even pictures that are manipulated to create some basic movement such as pans, pulls and zooms.

But that are other elements that needed to be considered and included such as on camera talent, voice overs and music, just to name a few. Choosing the right talent, voice and music can really make a difference when it comes to producing a commercial or PSA.

There are also FCC rules to be taken into account that revolve around closed captioning of the commercials or PSA’s. Closed captioning involves the embedding of a file that contains all of the audio information that is included in the commercial or PSA so that if the viewer is deaf or hard of hearing, they can still receive the message. Virtually everything that goes on TV must be close captioned but there are exceptions and that’s where the Baerclaw Productions teams’ knowledge can guide you through the process and make sure that if your commercial or PSA needs close captioning, we can make sure that it is done and meets the FCC specs.

There’s another component that has be considered during the pre-production planning phase and that deals with when and where the television commercial is going to be shown. The Baerclaw Productions team can explain the media buying process to you, talk about ratings, who your target audience is and which broadcast outlets will give you the best opportunity to reach that target demographic. Since Baerclaw Productions opened our doors in 1997, we have provided media buying services for our clients to place commercials everywhere from local television stations here in Phoenix to the national cable networks and we can do it for your company as well.

PSA’s are a little different in that our clients have an option. Once your PSA is done, you can certainly purchase time to air your PSA or you can take advantage of FCC regulations that require broadcast television and radio outlets to broadcast PSA’s each day, but if you don’t know what those regulations are, how the broadcast outlets work and how best to make contact with them, you run the risk of your PSA never being broadcast or buried in the middle of the night where viewership or listenership is low. That’s another place where the Baerclaw Productions teams’ 100 plus years of video production experience can ensure that your message is delivered and received by your target audience.

Whether you are producing a commercial or a PSA, it is important to remember that in addition to your radio or television impressions, they can be used in a variety of other ways including on your website, on a splash page and on social media outlets such as Twitter and Facebook, just to name a few. 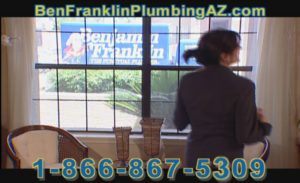 The Baerclaw Productions team partnered with the local franchisees of Benjamin Franklin Plumbing to produce a pair of television commercials that explained who they were, how they worked, their on time guarantee and how they are a trusted organization who can help when you have a plumbing need. For Ben Franklin Plumbing, the Baerclaw Productions team produced both 30 and 15 second television commercials that aired in multiple television markets including here in Phoenix. 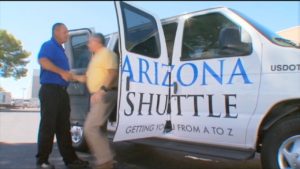 Arizona Shuttle is an airport shuttle service that serves the entire state of Arizona from Flagstaff to Tucson and they hired Baerclaw Productions to produce a series of 30 second commercials to show the different types of vehicles that they use, their friendly and courteous drivers and the benefits of a relaxing ride to the airport versus fighting traffic and parking challenges when you drive your vehicle to the airport.

The Arizona Shuttle spots were shown in television markets around the state of Arizona. 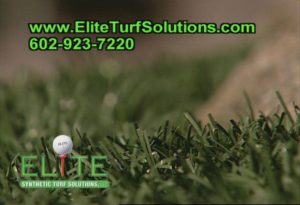 We all know that growing grass in Arizona can be a challenge, especially in our hot summers, and more and more residents of Arizona are considering artificial grass or turf as a viable option. Baerclaw Productions, a Phoenix video production company, partnered with a small and growing landscape company to produce a series of videos including 30 second commercials to explain the benefits the synthetic turf, the time and cost savings that installing artificial grass can provide and how easy the process is.

We also advised our client on how media buying worked and helped them through the process so that they could act as their own media buying agent when dealing with broadcast television and cable outlets. 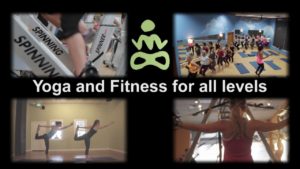 As was discussed earlier, delivering your message in a very short and defined amount of time is a huge challenge when it comes to producing commercials and that was definitely the case with this Baerclaw Productions client.

They are a yoga and fitness studio that offers classes in yoga, barre, TRX and spinning. That’s a lot of ground to cover and they wanted it done in a 15 second commercial. Using existing video, the Baerclaw Productions team, using our 100 plus years of combined video production experience, came up with a split screen concept that covered all of the class options and their logo before ending the spot with their logo, locations and contact info. 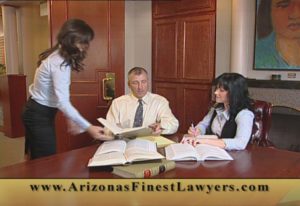 Finding a good, reputable and reliable lawyer can be a challenge and most people don’t think about it until they have a need. Solving that problem was the basis for a new referral service that started up here in Arizona and to tell their story, ArizonasFinestLawyers.com partnered with Baerclaw Productions to produce a 30 second commercial to explain their concept, how the attorneys are selected to be a part of the service and how they can help people find a lawyer when they need one. This organization continues to this day and you can visit their website by going to ArizonasFinestLawyers.org. 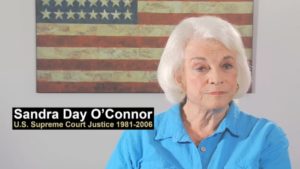 Using celebrities and well known people in commercials and public service announcements can be a very powerful tool to make sure that your message is received and the Baerclaw Productions team was honored to be selected to partner with retired U.S Supreme Court Justice Sandra Day O’Conner and her foundation on a number of projects for the various causes that she has put her name behind. As part of the overall project, we produced a pair of commercials, one 15 seconds long and another that was 30 seconds long, where the Justice encourages people who are seeing the PSA’s to get out and vote.

Because of her name, past position and reputation, the PSA’s centered on her explaining why it’s important to vote and how it is our right and duty as American’s to let our voices be heard. The spots are also timeless so that they can be used for any upcoming election cycle. 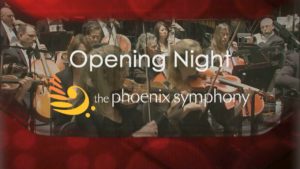 Founded in 1947, the Phoenix Symphony has grown to become Arizona’s only full-time symphony orchestra and the Baerclaw Productions team was proud to partner with the Phoenix Symphony to produce a wide array of videos including 30 second spots to let the community know of upcoming performances and special guest conductors. The Baerclaw Productions team also produced short videos on some of the musicians and in house audio that was played before, during and after each performance.

When Devereux Arizona wanted to produce a series of public service announcements to raise awareness about who they are, what they do and how they play a critical role in the community, Devereux Arizona chose Baerclaw Productions, a Phoenix video production company, to produce multiple public services announcements. In order to keep the costs down so that they could use more of their money to make a difference in the community, the Baerclaw Productions team used a combination of stock and royalty free images to create the public service announcements and utilized their extensive editing experience and graphic overlays to add visual pop by creating movement with each and every image. 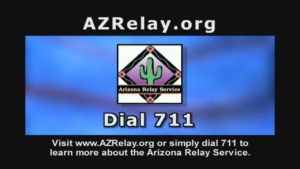 The Baerclaw Productions team has extensive experience working with organizations in the health care industry and a long relationship working with the various state agencies that provide training, equipment, services and referrals for Arizonans who are deaf and/or hard of hearing.

The Baerclaw Productions team has produced numerous videos, including a series of public service announcements, both 30 and 60 second PSA’s, in English and Spanish to let viewers know more about Arizona Relay, who they are, what they do and how they can help. 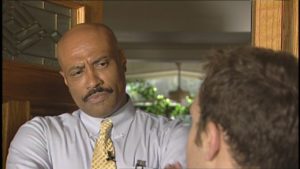 If your company or organization is ready to take advantage of the power of television or radio to explain who you are and what you do, let the Baerclaw Productions team be your partner to share your story with the world!