Baerclaw Productions is YOUR resource for all things video – including Nonprofit Videos!

Since opening the doors in 1997, the Baerclaw Productions team has produced countless videos for nonprofits around Phoenix and the state of Arizona who are making a difference in communities around town, the state, the United States and beyond.

These videos have taken on many forms and been used in many ways including commercials and public service announcements, training videos, educational videos, informational videos, video news releases, recruitment videos, award videos and videos that are shown at fundraisers and gala’s. They have been produced for state and government agencies, religious organizations and nonprofit organizations of all sizes.

Every nonprofit organization that the Baerclaw Productions team has worked with understands the power of video because it allows them to share their mission, expand their outreach, raise awareness, recruit new volunteers and raise much needed funds to continue to expand their operations and maximize the effect that they are having in the communities that they serve.

The Baerclaw Productions team has traveled to every corner of the state and various locations around the country to gather the interviews and video that was needed to fully show the impact that our nonprofit partners are making in the lives of literally hundreds of thousands of people. Using our more than 100 combined years of video production experience, those comments and stories, video and images are then woven into powerful videos that really hit home with the viewer.

Here are a few of the Arizona productions that we have produced for nonprofits over the years. 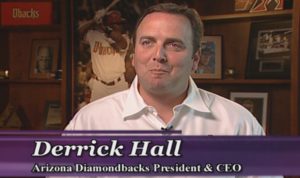 With more than a dozen branches around the Valley, the Boys and Girls Clubs of Metropolitan Phoenix have been making a tremendous impact on children and young adults since opening their doors in 1946. As part of their fundraising efforts, each year, the BGCMP holds a number of events and galas to continue to raise the money that they need to continue and expand their area of influence in Phoenix. The Baerclaw Productions team is proud to have partnered with the Boys and Girls Clubs on a number of video projects including numerous videos honoring people in the community that have shown support and been role models for the young people that visit the branches.

These award videos have included not only historical information about the Boys and Girls Clubs but also video, stills and interviews with people who are talking about who is being honored at that specific event. For this video, the Boys and Girls Clubs of Metropolitan Phoenix were honoring Luis Gonzalez who as a child visited a neighborhood Boys and Girls Club in his hometown in Florida. In addition to talking about his storied career with the Arizona Diamondbacks, we interviewed childhood friends, his high school baseball coach and friends and coworkers here in Phoenix to talk about who Luis Gonzalez was as a boy, as a man and as a role model and leader in the community. 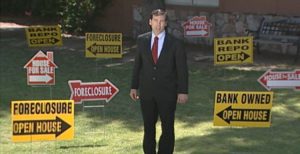 The ebb and flow of a local economy can have profound effects of the residents who call that area home. That is especially, and sometimes tragically, true during times of economic downturns. During and after one such particular downturn, the Baerclaw Productions team partnered with the Arizona Attorney General’s Office to produce a full length video and public services announcements in English and Spanish that dealt specifically with home loan modifications and foreclosures. The AG’s office was receiving numerous calls about scams and offers that seemed too good to be true and they needed to get the word out about homeowners could get themselves out of trouble and who they could turn to if they needed help. From holding a casting call to select the right bilingual talent to interviewing representatives from numerous organizations and then writing a video script, getting it translated to Spanish and producing the videos and public service announcements, the Arizona Attorney General’s Office trusted Baerclaw Productions, a Phoenix production company, to handle all facets of production from start to finish. 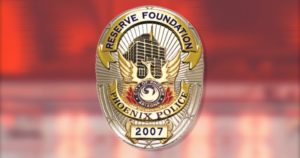 Did you know that the Phoenix Police Department has volunteers who are in uniform and assisting the Phoenix PD on a daily basis? It’s true and the Phoenix Police Department Reserve Foundation selected the Baerclaw Productions team to produce numerous videos which explained how the program worked, who some of the volunteers are, the extensive training that they go through before joining the force including going through the Police Academy and how they are helping people throughout the Valley and doing it as unpaid volunteers. These videos are still being used to recruit new volunteers, financial and in-kind donations and raise awareness of the program. 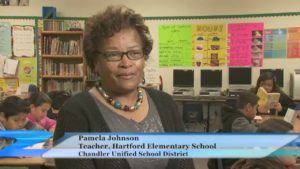 Arizona is one 18 states in the country with an active Breakfast in the Classroom program in place. The goal of the program is to provide a good, healthy breakfast to the thousands of children in Arizona who have little or nothing to eat before going to school each day due to food insecurity issues in their homes. Statistics show that these students are 50% more likely to miss days of school, they are twice as likely to be suspended and 50% more likely to have to repeat a grade.

There are countless organizations around the state supporting this program including the United Way, the Dairy Council of Arizona and the Arizona Department of Education to name a few and Baerclaw Productions, a Phoenix video production company, was chosen to produce a video that explained the program, how it was funded, how the children were benefitting and the results that were being seen in the classroom.

For this project, we talked with organizers, children, parents, teachers, pediatricians, school officials and staff to have them explain, in their own words, how this program continues to make an amazing difference in the school and the amazing progress of the students in the classroom. 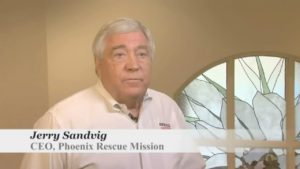 Addiction is a problem in every community and the effects are far reaching and gut wrenching, but there is hope. Since 1952, the Phoenix Rescue Mission has been making a difference in the Valley in so many ways to so many people. They offer many services to assist the homeless, the hungry, the addicted and the hopeless.

As they say on their website, statistics about hunger and homelessness are important, but the real story is the story behind each and every transformed soul. To bring the stories of those transformed souls to life, the Phoenix Rescue Mission turned to the Baerclaw Productions team to utilize their 100 plus years of combined video production experience and storytelling skills to profile a number of families that had been torn apart by addiction and how through the efforts of the Phoenix Rescue Mission staff, their lives had been turned around and their families reunited. While each story was sad, the end result was uplifting and amazing examples of how no matter how dark things may seem, there is a light at the end of the tunnel.

In addition to the eight videos that Baerclaw Productions, a Phoenix video production company, produced for the Phoenix Rescue Mission, we also produced a number of general videos to talk about their mission, their facilities and the wide array of services that they offer to members of our community who are so desperate for help. 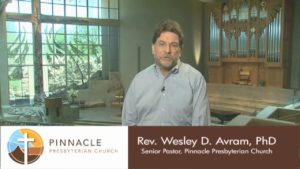 Since opening our doors in 1997, the Baerclaw Productions team has worked with a number of churches of all faiths in the Valley to showcase what they have to offer, the outreach that they are doing in the community, the state, the country and beyond and ultimately invite new members to their congregations.

Pinnacle Presbyterian Church in North Scottsdale chose the Baerclaw Productions team to produce a video introduction to the congregation and to create a broad overview of their sanctuary, chapel and the services, classes and support that they offer to their members. These services include a pre-school, youth and adult programs, extensive music programs, counseling and outreach programs that spread the word across Phoenix, the state, Mexico, Latin and South America and beyond. 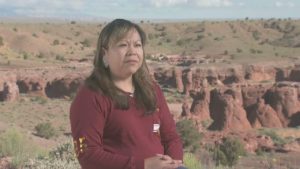 If you’ve ever visited any of the many Native American reservations around the country, you know that they are beautiful, wide open spaces but there are many issues that exist for the Native Americans that live on the reservation and many organizations that are committed to try and make things better. One of those organizations is Parternship With Native Americans or PWNA. In order to better tell their story, they hired the Baerclaw Productions team to create a series of videos to showcase what they are doing, what the conditions are like for those living on the reservation and why there is such a need for assistance, education and support.

The Baerclaw Productions team created a public service announcement for PWNA and a series of videos that are called a video news release. These videos included sit down interviews with Native Americans living on the reservations in Arizona and South Dakota. We also gathered video of the living conditions and some of the issues that exist on the reservation. The video news release is now being made available to media and broadcast television outlets who are interested in doing a story on PWNA and the reservations that they serve so that the media outlets don’t have to travel to these remote locations and gather the video on their own. 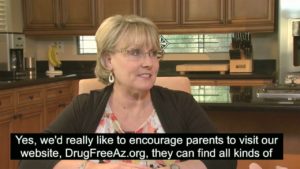 Drug and alcohol use by young people in our community is a problem with long lasting effects for all of us. In 2003, Arizona was selected to start an organization called DrugFreeAZKids and their mission is to prevent and reduce youth drug and alcohol use through community education and awareness by providing parents, caregivers, healthcare providers, educators and other with educational tools, information and resources.

One of those resources is a series of videos called prevention talks. Drug Free AZ Kids selected Baerclaw Productions to create five videos, including one in Spanish, that talked about the services, resources and programs that they offer to those seeking help. These open captioned videos were shot in a home environment using two cameras and ranged in length between four and seven minutes and are being used to promote the organization and all of the assistance that they provide to the community. 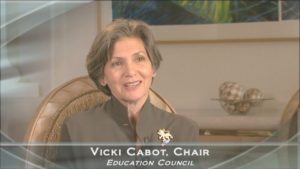 Community outreach videos can take on many forms and cover a wide variety of information. In 2012, the Jewish Community Association of Phoenix was created by combining many local organizations to create a more far reaching organization that could provide more and better services in Scottsdale, Phoenix and all the way to Israel.

The association needed a video production partner to share the exciting news of the new organization and provide an overview of the depth and breadth of the services and support that they offer. Their solution was the hire the Baerclaw Productions team.

The resulting seven plus minute video shot over multiple days at multiple locations explained why the new organization was formed, a brief description of the expanded services that were now available and to thank the community and ask for their continued support of the new association to help, support and assist everyone within the community.

If you work or support a nonprofit and want to increase awareness, educate people in the community about what you do and how it’s making a difference or raise more money to expand the services that your organization offers, let the Baerclaw Productions team put their more than 100 years of combined video production experience to work for your organization to share your message with the world!