Baerclaw Productions is YOUR resource for all things video – including Web Videos!

Every video that the Baerclaw Productions team produces can be a web video but that hasn’t always been the case. When we opened our doors in 1997, web videos were not a viable option due to a wide array of technology and cost issues. Things have changed considerably over the years and they continue to evolve and get better and faster. The thing that hasn’t changed, the knowledge, equipment and expertise needed to create a creative video that delivers your message in a timely manner.

Let’s take a moment to look back and see how much the video production equipment and delivery technology has changed since 1997.

When we opened our doors, the Baerclaw Productions team would shoot all of the video that we needed in standard definition and then bring that video back to our Phoenix office, complete the edit and then either mail or deliver a VHS tape for client review. Our clients would put the tape into a VHS machine in their office or at home, provide feedback and requested changes that would be made before another VHS tape was created – this was a slow process to say the least. From there, things got a little better when it became possible to deliver an edited video on CD’s, DVD’s and thumb drives. The quality was much better, but the process still took considerable time. The next and current advancement has greatly improved the process, not only in quality but in the time needed to turn an edited video around.

For years now, the Baerclaw Productions team has been using high definition cameras and editing equipment and online delivery sources like YouTube to deliver unlisted and protected, edited videos to our clients. This has allowed them to view their video much quicker and anywhere that they have an internet connection and respond instantly with comments and requested changes that are then taken back into one of our AVID editing bays to create the next version of their video.

Another advantage that the internet provides is that there are now so many more ways to utilize each and every video that the Baerclaw Productions team produces whether the initial intended use of the video was on the web or not. For example, television programming and content can be broken up or used in its entirety on the web which greatly increases the ROI of any video produced by the Baerclaw Productions team.

Web videos can take on many forms, length and format and can be embedded into your website, shown on your intranet, posted to social media sites, used for online shopping channels and shared with current and prospective customers and clients.

Here a few samples of the web videos that the Baerclaw Productions, a Phoenix video production company, has produced over the years along with some of the ways that they have been used by our clients. 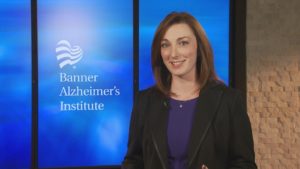 If your company or organization puts on workshops or seminars to educate people about what you do, the services that you offer or to share information that people need, web videos are a great way to share that information with the world!

If you aren’t making your workshop or seminar available over the internet, people that can’t make your event, don’t live in your area or don’t know that they need the information that you have until after the seminar is completed, can’t benefit from the information, knowledge and experience that you have. Producing web videos allow you to have that information available to everyone at the exact time that they need it.

That’s exactly what the Baerclaw Productions team did for the Banner Alzheimer’s Association. They selected us to produce a series of videos that included much of the content that they share during workshops and seminars and that content was then broken up into shorter, topic specific videos that are being shown on their website and also being made available on DVD’s. 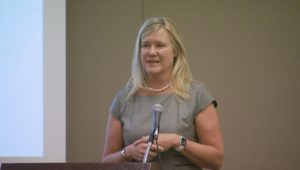 Not all web videos are edited and shown on demand so that anyone can view them at any time. There are other situations where for a number of reasons, people can’t attend an event or they aren’t in the same area that a meeting is being held in. 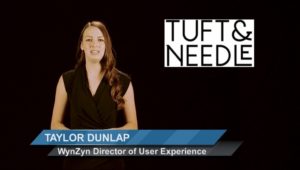 If you own or run a business, you know the power of client testimonials. Real people talking about your service or product is one of the best ways to utilize web videos. They bring a written testimonial to life and show that real people are using your product or service and they like it so much that they are willing to go on camera and share their experiences with the world! Client testimonial videos are great for your website, YouTube channel, social media and online shopping malls if you are selling a product to consumers. 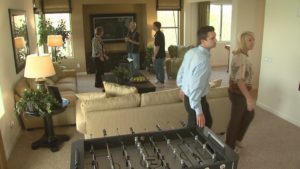 If you’ve ever visited a production homebuilder’s new community, you’ve walked through a series of models to see all of the different floorplans and designs that they offer. If your search for a new home led you to multiple communities, keeping track of what you liked and didn’t like could be daunting.

With that in mind, the Baerclaw Productions team was hired by Lennar Homes to create video tours of each of their models that they offered across the state of Arizona. When potential homeowners were done looking at the models in a specific Lennar community, they filled out a quick questionnaire and the sales associate on location asked if there were any of the models that they liked and as soon as they left the community, the sales associate would email them a YouTube video link of the model or models that they liked so that they could remember the model even after they had left the community.

These high definition videos created by the Baerclaw Productions team went directly to YouTube and included professional voice overs and production music to completely tell the story of what each model included.

The Baerclaw Productions team has partnered with many hotels and resorts to produce videos showcasing what they have to offer including the property, rooms, dining options and activities offered both on and off site.

This specific web video was created for a Four Seasons resort in New Mexico. 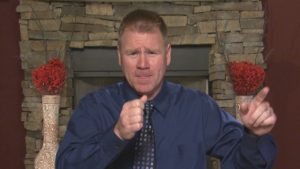 One of the biggest challenges for any small business is letting your target audience know that your business exists, what you do and why you are the best option for them.

Understanding that challenge led a brand new auction house in the Phoenix, Arizona area to choose the Baerclaw Productions team to produce a short web video that they could put on the front page of their website to explain what they do, what kinds of auctions they hold and how the process works. In addition to interviewing their main auctioneer, the Baerclaw Productions team incorporated a number of still photographs into their video to let the viewer know that they were already doing this and that they could do it for them. 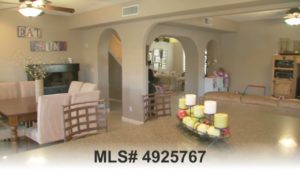 If you are trying to sell your home or look for a new one, you know that the internet is your starting point to see what homes are available in the area that you are looking. Every listing has pictures showing the home but more and more realtors are starting to use web videos to showcase the homes that they are listing because a picture of a kitchen and a picture of the family room don’t really show how they are connected and how they flow with the rest of the home. That’s exactly why the Baerclaw Productions team produced this web video with high definition video, a professional voice over and music bed to show the open concept layout, flow and feel of the listing including the front and backyards. 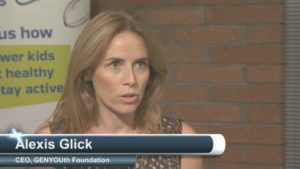 If your organization is dedicated to making a difference in your community, harnessing the power of web videos is a logical way to share your message with the world!

The GENYOUth organization, based in New York, came to Phoenix to hold a community outreach program and they selected the Baerclaw Productions team to be their video production partner for the event.

They brought together an amazing cross section of civic leaders, partners, providers and interested parties to talk about solutions that will improve nutrition and physical activity to make a lasting difference in children’s lives.

The Baerclaw Productions team videotaped the entire event, interviewed many of the participants and produced a web video that covered the material discussed, some of the options that were brought forward by stakeholders and how the group as a whole was committed to making a change in the community. In addition to the web video, the Baerclaw Productions team created a series of videos called a video news release that was made available to the local media so that the interviews and video could be included in future broadcast television newscasts. 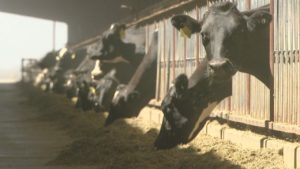 The 24-hour news cycle has created a challenge for organizations trying to get information out to the public. With so many options and ways to get news and information, fighting through the clutter can be a challenge.

Creating your own news content is a great way to use the power of web videos to share information with the public. The Baerclaw Productions team was chosen by a local co-op to produce a series of web videos to explain how the dairy industry was more than just cows on a farm. Our client wanted us to produce videos that showed the people and families behind the farms and to explain that while the weather in Arizona can be harsh for all of us, the safety and well-being of the cows was always first and foremost in the minds of those who work on dairies across the state. For this series of web videos, the Baerclaw Productions team traveled the state to profile the people behind the cows including the dairymen, the nutritionists and the veterinarians who are making sure that from the day that they were born, the dairy cows are well cared for and taken care of. 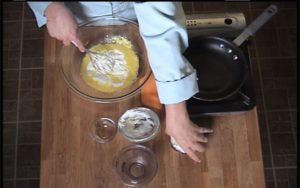 Web videos are a great tool for anyone who has a new recipe or just wants to show how to do some baking. The Baerclaw Productions team partnered with a local company who had some exciting new recipes that involved their yogurt.

For this project, the Baerclaw Productions team used multiple cameras to produce a series of videos that showed multiple recipes from start to finish and the tasty finished products. 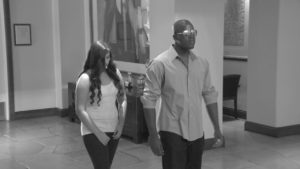 Alerting people to the warning signs of potential child sex trafficking was the reason that the Baerclaw Productions team was hired to produce a series of web videos that are being made available to hospitality industry workers across the country and beyond. For this Phoenix video project, the Baerclaw Productions team assembled a cast of professional actors who acted out various scenarios, wrote all of the scripts and handled all of the video production elements from start to finish. The videos covered potential warning signs that could be found in all parts of a hotel, motel or resort from the front desk to the restaurant, bars, hallways and parking lots of a property.

If you are thinking about creating a web video or utilizing parts of another video for delivery over the internet, why not take advantage of the 100 plus years of combined video production experience that the Baerclaw Productions team has to make your project a success?